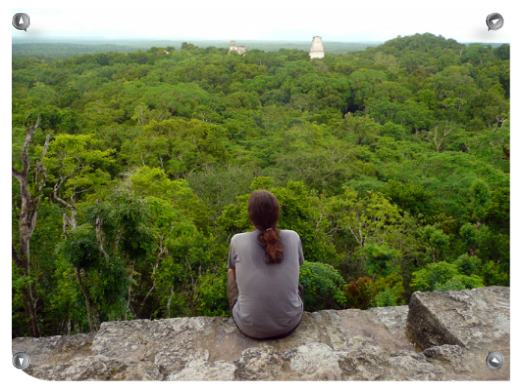 Your departure from the hotel to Flores Airport is at 08:00 a.m. And the arrival at the archeological site El Mirador at 09:00 a.m. After a flight over the wonderful Mayan Biosphere Reserve. They will make a guided walk through the site with one of the resources of the archeological zone. (Optional: You can also hire an archaeologist professional guide, which has an additional cost).

The site has been the subject of archaeological studies for the last 26 years, however, some people think that the site has recently been discovered in the jungles of Guatemala. The name of the viewpoint in antiquity is not known, but perhaps the Mayas have called it Ox Te Tun or “place where the gods were born”, while the ruling dynasty – which exerted its power over a large territory – could have been known as Kan , or Snake. All of this is just beginning to be understood … The viewpoint is one of the oldest sites and also one of the largest Mayan cities, which houses the most massive pyramid built on the planet, called the tapir, 79 meters high. Its construction filler consists only of 2.8 million cubic meters of filling and covers a surface of 6.5 by 3.5 football fields! As you will see the pyramids of El Mirador have been named with animal names. Tapir means tapir.

When you return to camp, you will have lunch at 2:15 p.m. And after the meal they will visit the 313 structure, recently restored, and the structure 34, where you will appreciate the magnificent frieze that shows the claw of a Jaguar. From the top of the Tiger Pyramid, the second highest in the viewpoint, with 72 meters of height you will see an unforgettable panorama of the forest and with it we will say goodbye to the viewpoint. Return to the helipad at 3:45 p.m. and departure from El Mirador at 4:00 p.m. You will arrive at the Flores airport at 4:30 p.m., upon arrival return to the hotel in Flores.